Sociologically speaking, food and foodstuffs in general are considered one of the foundations of social culture in every society and they even manifest social relations, beliefs, culture, and religion of a nation. The older the human civilization of a region, the greater the diversity of food and foodstuff in that region. The food industry, lying at the heart of every society, is a way of expressing emotions, which are manifested in different shapes and forms. We can call Iran a "world power" when it comes to food industry and diversity of foodstuffs.

Iranians have had their unique customs, arts, handicrafts, and the food industry since thousands of years ago. One of the cultural manifestations of the Iranian people, like many other people in the world, is their delightful food and foodstuffs they eat routinely. Iranians are "great cooks" who are highly skillful in cooking tasty meals and preparing assorted foodstuffs. They have wonderful foodstuffs catering for every taste; so, diversity in the Iranian food industry can be described as "exemplary". 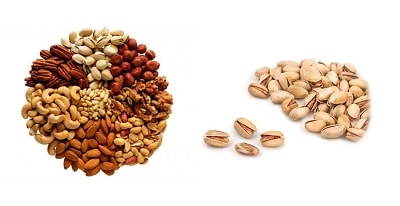 In today's world where food industry has a stunning place in the tourism sector, it's no wonder that food and foodstuffs play a crucial role in the cultural domain.

Sometimes it's not possible to travel to these cities and buy the delicious foodstuffs they offer, but, fortunately, there are other ways to help food lovers enjoy the taste of enchanting foodstuffs that represent the Iranian culture. One of the simplest ways to do so is to order these products online. The "Cyrus Craft" website is honored to offer a platform for online shopping of assorted Iranian edible souvenirs such as Gaz (Persian Nougat), pistachio, nuts, saffron, Baklava, Qottab, Sohan, etc. in an effort to better introduce Iranian flavors to the world.