Do you know what a kilim is? Or how does it differ from a carpet, moquette, or other floor coverings? A kilim is a thin handwoven floor covering that, unlike a carpet, doesn’t have lint. Woven together on a rug loom, the kilim warp is made from goat or sheep wool, cotton, and, sometimes, silk, while the weft is made of dyed animal down or wool. An ancient craft, kilim weaving, has been practiced historically by every woman in nomadic tribes and villages.

Thanks to their decorative quality, kilims have now found more incredible popularity around the world. In this article, we’ll take a deeper look at the history of the kilim and learn about its various types. 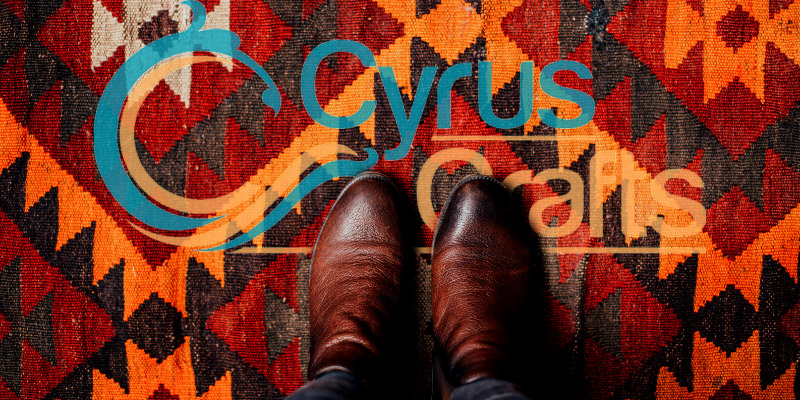 In prehistoric times, humans used the pelt of hunted animals as ground covering or clothing. Later, when animal husbandry gradually became common, they learned to make yarn by spinning the wool from domesticated animals and weaving the first kilims. The craft soon became widespread among different tribes.

Today, Persian kilims come in various sizes and are adorned with other motifs and patterns, and can be used as decoration in interior design. 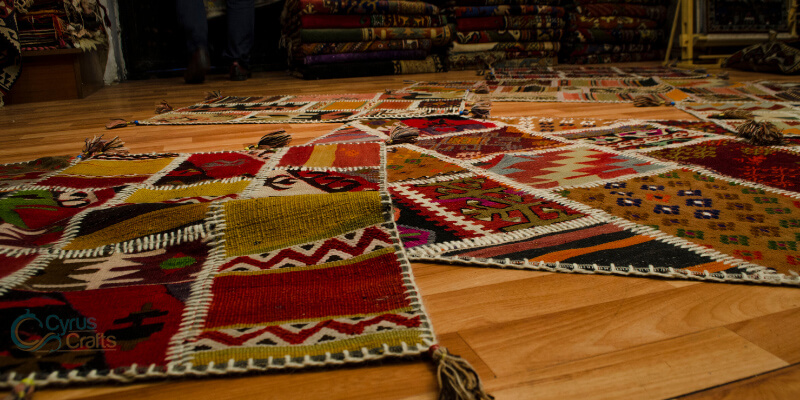 Although it’s not sure where kilims first appeared, archaeological studies and evidence show that people inhabiting the Iranian Plateau and the neighbouring regions were first to weave kilims. Also, evidence from caves southeast of the Caspian Sea indicates that people in the area practiced animal husbandry and span sheep wool about 8,000 years ago.

This evidence includes an 8,000-year-old textile fragment woven from goat hair, found near the Caspian Sea, and a 6,000-year-old cotton textile discovered in Susa.

How do kilims and carpets differ?

Carpets and kilims differ in size and weave, with kilims often being smaller. Because nomads originally made kilims to cover the ground within their tents, kilim sizes have developed in proportion to the size of nomadic tents.

Kilims have a much longer history than carpets and rugs; in fact, rugs and carpets came later as kilim weaving evolved. 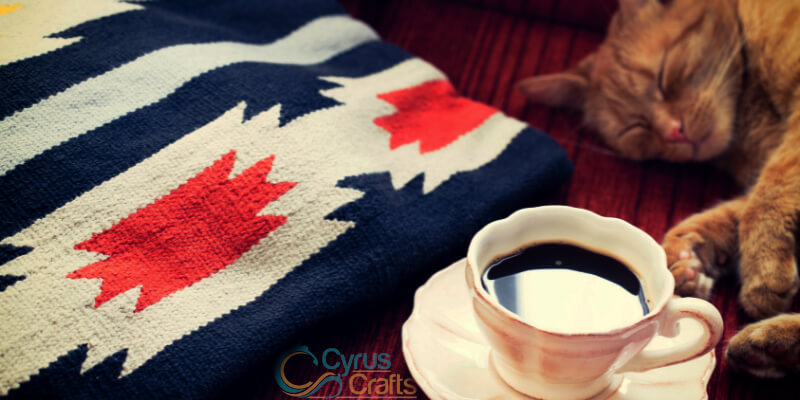 Another difference is the colors and patterns. Whether handmade or machine-made, Carpets are woven according to a technical drawing, which specifies the colors and the design. On the other hand, a kilim’s design and patterns are determined by the region it’s made in, which sets it apart from the other areas.

There are four types of kilims in terms of weave:

A portion of Iranian kilims is exported to Asian and European countries and Canada, and the US. Cyruscrafts is bringing further international exposure to Iran’s rich art and culture by introducing and selling various Persian handicrafts, including beautiful and outstanding kilims made by Iranian artists.

Kilims are produced in two machine-woven and hand-woven types. Different types of kilim weaving machines have various designs and colors and a low price.

On the other hand, Natural wool and non-chemical materials are used to produce and dye in hand-woven kilims and as a result, it increases their cost and value. Today, kilims have become modern elements in home decoration, which in addition to eye-catching beauty and an affordable price, they are easy to carry and wash.

Here at Cyruscrafts, you can buy Traditional or modern Kilim rugs at the best price. Kilims worth depends on the size, quality, material, weaving technique, design, dyeing, ETC. Their price can start from $43 and go up to $1300 and even higher.

The most frequent colors in kilims are red, orange, yellow, green, blue, and beige. For the most part, a kilim’s design and colors are determined by personal preference and creativity, as no rules dictate how to use colors in kilims. That’s why they say “every kilim reflects the taste and character of its maker”!Today, kilims are made in the form of floor coverings for rooms and hallways and prayer rugs, tablecloths, bags, and such. Bearing gorgeous and interesting designs, kilims can therefore be used as a decoration in different environments, such as homes and Persian traditional restaurants and teahouses. 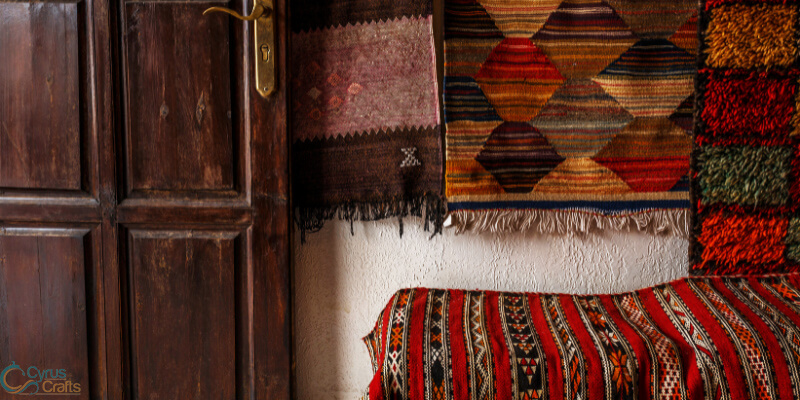 If you’re looking to check out and buy kilims, we’d recommend visiting our website, Cyruscrafts.

Cyruscrafts specializes in the supply, sale, and export of the finest Persian kilims to Canada, USA and Europe. We bring you high-class, one-of-a-kind products that will liven up and individualize your home or workplace.

CyrusCrafts™
Rc-151
1 Reviews
$99.99
Machine woven outdoor KilimLength: 7' 4.56" (225 cm) / Width: 4' 11.04" (150 cm)Longitudinal density: 700 densityTransverse density: 300 shaneh Note: The number of weft yarns per meter of carpet length is called the longitudinal density. The number of knots per square meter of the carpet's width is called the transverse density. The higher the transverse...