The traditional architecture of Iran is a symbolic manifestation of the eternal world. Iranian architecture has been manifested in various forms in different buildings. It has a special place in Its beliefs, customs, and rituals have a clear expression in geographical and climatic conditions. It is the result of the efforts of artists who, relying on their faith, gave their lives and spared no effort in this way. Along with the architecture professors, the handicraft masters have also evolved and influenced traditional Iranian architecture with the same above thinking but manifested in their art. 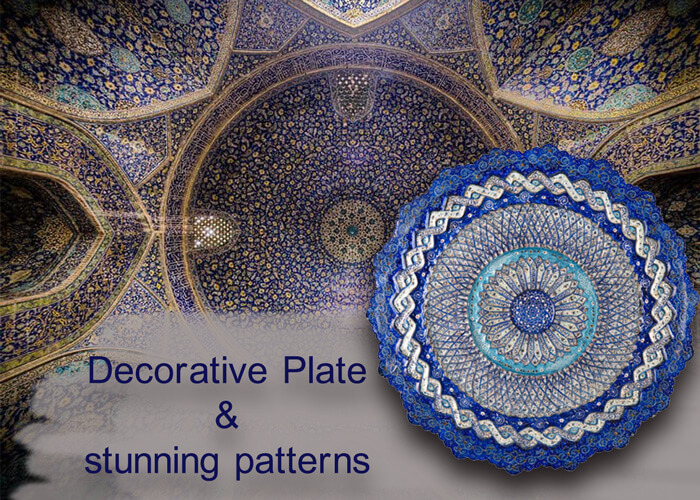 Traditional architecture of Iran in the past was one of the most perfect and unique in the world. It is because the building was built without advanced and modern tools. Such houses It is made elegantly and attractively, which today inspires designers called architecture.

The traditional architecture that has been used in Iran in the past is a kind of indicator of the culture of the ruling society at that time. And also, it has roots in all the features and characteristics of that region's society, morals, and life.

Persepolis as an Iranian architecture

Before Persepolis was built, hundreds of porches with wooden and stone columns were built all over the civilized world of that day. Still, for the first time in Persepolis, we see that the columns are as far apart as possible, even though in some in ancient palaces outside of Iran (for example, Egypt), the distance between two columns is something like their diameter, even a little less.

The Iranian architect was able to create the widest openings with plaster casts and various arrangements.

Elements of traditional Iran architecture are 3000 years old. However, when a lasting and beautiful structure is to be designed, this style is used.

A style that, although not very common anymore, has always evoked the originality of the past, the beauty of architecture, and the ability of the architects of that time.

Persian style of architecture is still taught in the architecture course of many reputable institutions, which shows the attention and interest of the people in this style. 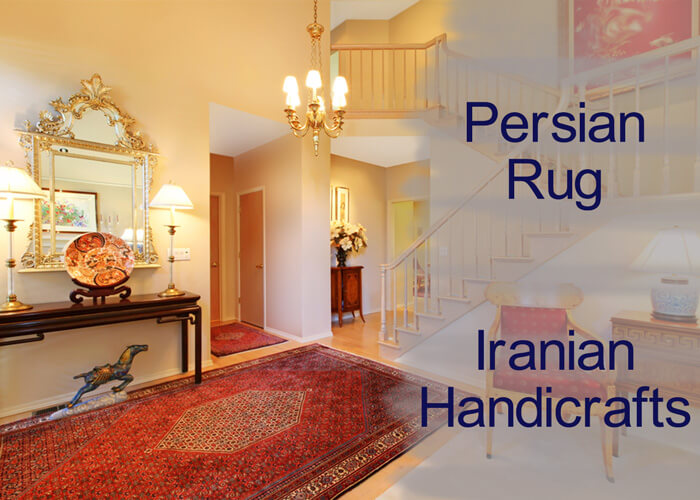 Persian handicrafts and architecture have a close and strong connection. In addition to being decorative and aesthetic, these have a valuable role in the daily life of people in society.

If you are interested in decorative items for the living room, in that case, you can see the importance of interior decoration in the home.

Handicrafts have occupied a large part of Iranian cities. Different Crafts and architecture have always complemented each other and have standard features.

Many Persian handicrafts are suitable for interior design, especially for the living room. Persian rug and carpet is the most world-famous one. The other art and crafts are: 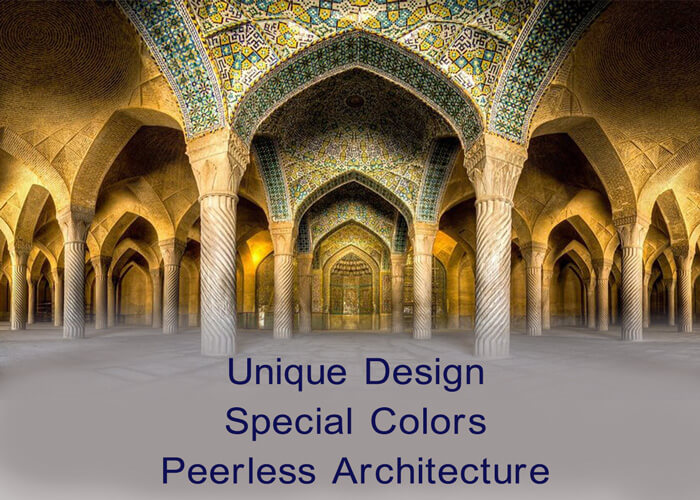 One of traditional Iranian architecture's most exciting and interesting points is focusing on soil, wind, and sun elements.

Curved and dome-shaped windows with tiny colored glass or rooms facing direct and warm sunlight and corridors with the characteristic of air movement are evident in old Iranian architecture.

Usually, in the center of the house, a large yard, there was a blue pond and unique small gardens, giving a special sense of freshness to the atmosphere.

In addition, the entrance doors of these houses were usually made of wood, which indicated the house's individuality with separate male and female knockers.

Usually, in this type of architecture, space was considered as a room for guests, and it was known as Shahneshin; this environment usually had unique and patterned decorations and was decorated with mirrorwork and notable paintings and the use of traditional and beautiful Iranian tiles.

The suitable and beautiful atmosphere of the kitchen also showed the hospitality of the family and the entire Iranian people.

One of the most interesting points that can be seen in traditional Iranian architecture is the excessive focus and attention of old architects on details. By examining all the fine points observed in traditional architecture, sociologists or archaeologists can decode some cultures or problems existing at that time and reveal the truths. They can observe the culture and relationships of the past. What is your opinion about Persian architecture?