Lots of the People who read this article are almost familiar with saffron, but for those who are unfamiliar with this plant full of aroma, taste, and properties, we will explain everything there is so that you can know about saffron and its properties.

Saffron is a valuable plant that can be used in a variety of ways and provides numerous benefits. The corm-cultivated saffron plant develops into a small, purple, and very delicate blossom with three red stigmas (strands) in the center of its beautiful flowers, which are the colorful and fragrant saffron used in many foods and beverages!

It is worth noting that because this plant cannot grow in large numbers or bushes and is very delicate, it is difficult to cultivate and harvest, which accounts for its high value and price. However, its high value is due to other factors as well. It has three valuable substances that distinguish it from other plants and spices: crocin (coloring pigment), picrocrocin (flavoring pigment), and safranal (aroma pigment). 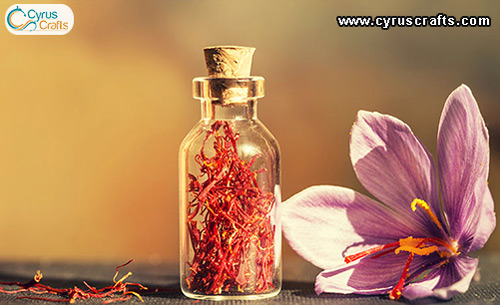 Saffron may appear to have the same appearance, but as will be explained, it has different varieties depending on climatic conditions, harvest type, saffron flower separation method, and so on. The following is a list of saffron types in order of quality, beginning with the best:

· Super Negin saffron: This is the best saffron in terms of cultivation and harvesting, with a high percentage of crocin and safranal and more aroma and color than other types.

· Pseudo-Negin saffron: This type is the most coloring type, but it is not comparable to Super Negin saffron.

· Sargol saffron: This is the most widely used type of saffron and its strands lack yellow or white roots.

· Pooshal (Straw) saffron: The strands of this type are red and yellow and it is less coloring than Sargol and Negin saffrons.

· Dasteh saffron: This type has strands with white roots and redheads dried and packed in bundles.

· Risheh (Root) Saffron (also known as white or cream saffron): The term "root" does not refer to the root of the flower that is planted in the ground; rather, it refers to the end of the saffron string (stigma). This type of saffron imparts flavor and aroma to food in the same way that red saffron does, but it is less colorful and less expensive. 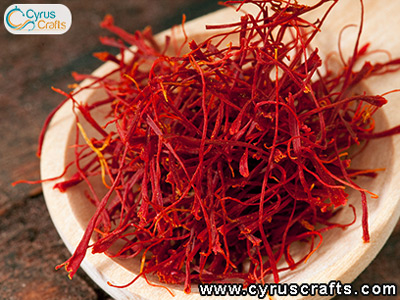 Saffron is an Iranian plant that has a unique and valuable aroma and color, as well as amazing properties that are discussed further below. As previously stated, the useful part of saffron is its red strand (stigma), which contains minerals, mucilage, and fat. 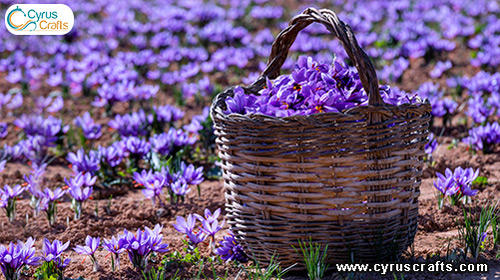 Saffron as an antidepressant

Saffron can be added to your meals or drinks not only to treat but also to prevent depression. If you want to smile more, this plant has exhilarating and anti-depressant properties, according to research and experiments. A cup of saffron tea a day will help you relax and achieve peace of mind!

It can also be used to improve concentration and prevent Alzheimer's disease. Saffron tea, in addition to calming the nerves, lowers your risk of heart disease by preventing the accumulation of cholesterol in the arteries.

Saffron, according to research conducted at Italian universities, is effective in regulating the function of vision cells. This beneficial plant protects eye cells from disease and slows disease progression. Saffron can help improve genetic eye diseases to some extent if consumed on a daily basis in your diet. 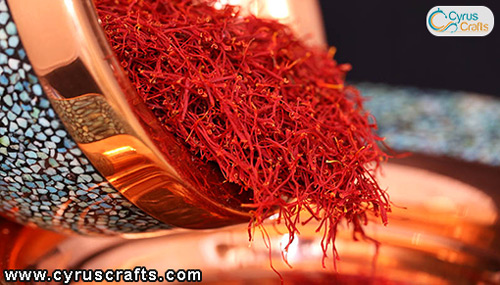 How to consume saffron?

Saffron has a variety of properties, including the ability to color due to the presence of crocin. When the crocin in saffron is removed, it gives the most color to the food. Iranians typically brew saffron in a variety of ways for this purpose. Before brewing, they crush saffron strings and a little sugar in a small container known as mortar and pestle (a small cup or bowl can also be used instead of it). Sugar aids in the pulverization of saffron and the release of its coloring substances, allowing them to dissolve in water.

After thoroughly pulverizing the saffron, combine the required amount in a glass with a little hot water and set aside for 10 to 15 minutes to allow the color, aroma, and flavor of the saffron to emerge. Some people, however, use other methods for coloring and using saffron, such as placing small pieces of ice on the powdered saffron and waiting for it to melt instead of hot water.

High-quality saffron takes a few minutes to color food, so if your saffron does so right away, it is not of high quality.

Iranian saffron is used in a variety of Iranian dishes, including Zereshk Polow, Tahchin, saffron chicken, grilled chicken, and halva, as well as confections and desserts like halva, Sholezard (a saffron rice pudding dessert), traditional ice cream, Masqati, and others. It can also be used to make a variety of hot and cold drinks. 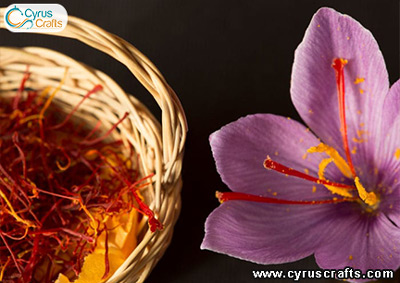 It is hoped that you have learned enough about "Saffron" a fragrant, tasty, and high-quality Iranian ingredient. This article was written so that you can get a grasp on Iranian treats, snacks, and customs. For several years, saffron and other Iranian products have been produced and exported to other countries, including Europe and the United States, but we intend to contribute to their production and export by utilizing CyrusCrafts' capabilities and knowledge.

CyrusCrafts will provide you with high-quality and unique products as part of its specialized activity in preparing, selling, and exporting the best Iranian saffron so that you can have a wonderful and one-of-a-kind taste and serve your guests in a unique and different way.

$82.99
Produced in Iran Gift pack With 9.21 grams of saffron It has a brass pounder Includes first-class saffron

Sabbaghzade
$22.80
Produced in Iran The highest amount of perfume Fantastic coloring In package of 4.608 gram (0.01 pound)

Bahraman
$10.99
Produced in Iran with crystal-like packaging with a unique aroma In package of 1 gram (0.002 pound)

Saharkhiz
$300.00
Produced in Iran (Mashhad) Premium saffron The highest degree of coloring and fragrance Packed in khatam boxes In package of 100 gram (0.22 pound)

Shahsavand
$26.99
Produced in Iran High coloring and fragrance In package of 5 gram (0.01 pound)