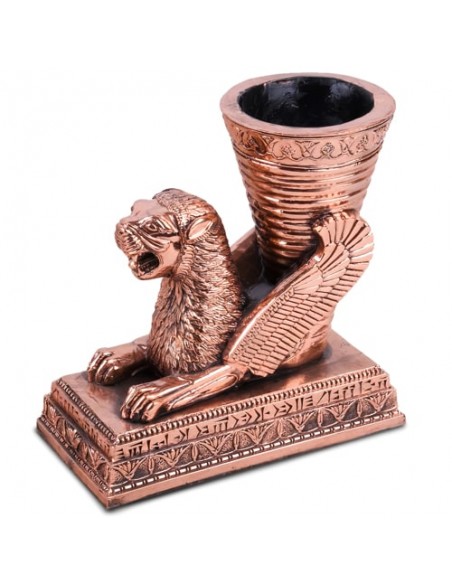 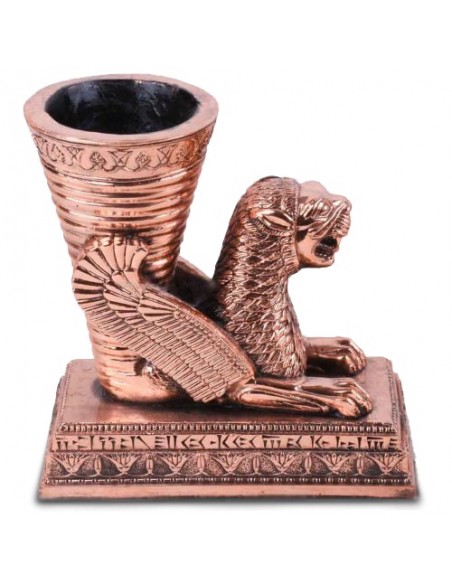 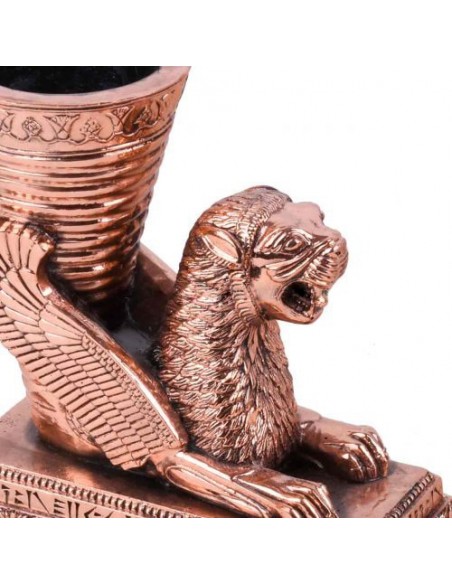 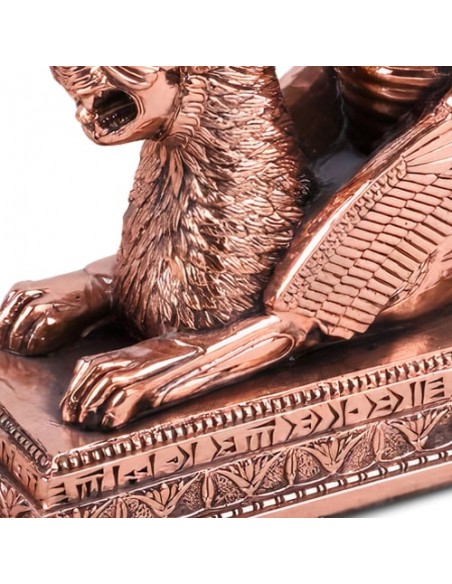 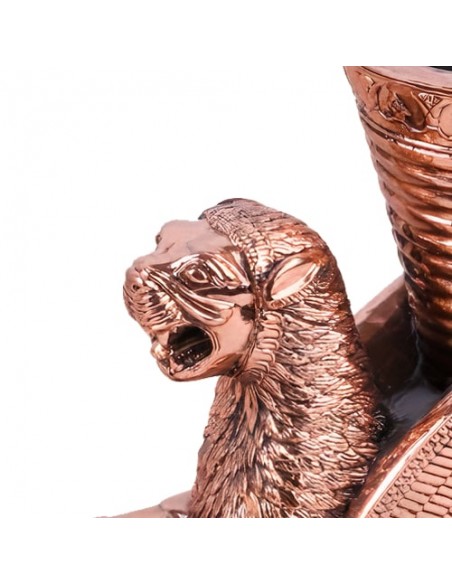 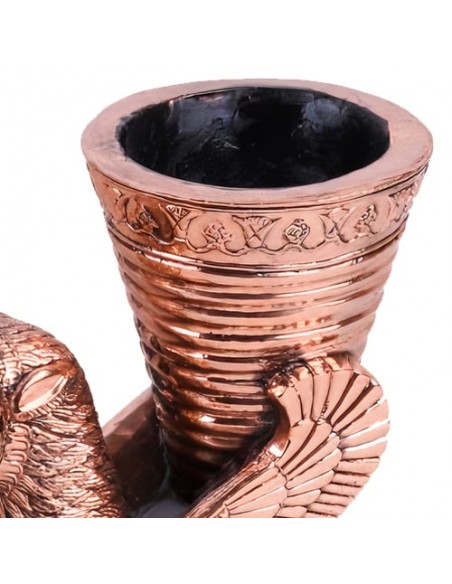 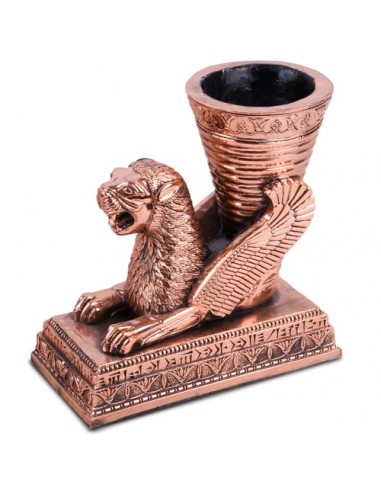 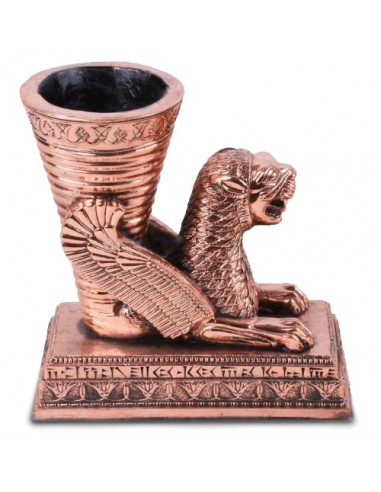 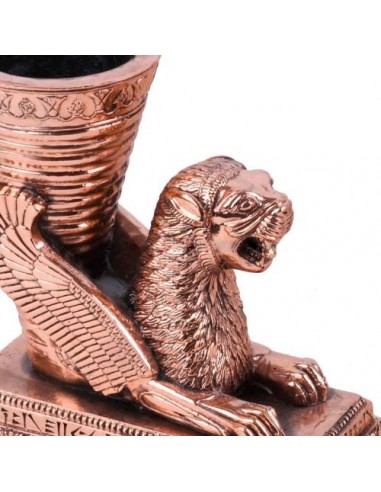 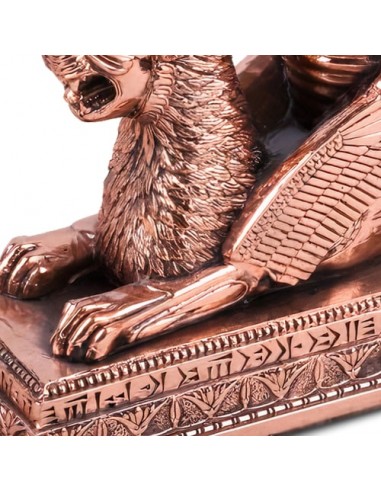 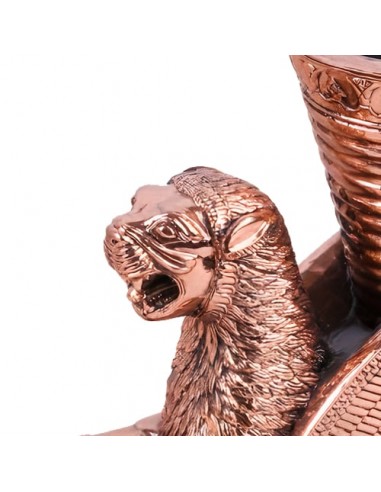 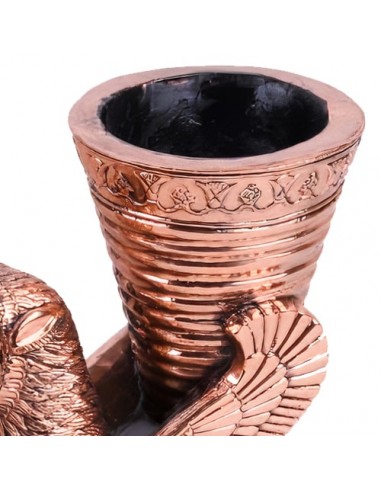 Ancient Persians gave the name Rhyton to a creature made with a unique shape and skill. RHYTON refers to a variety of ancient ornate drinking vessels usually shaped like animals or animals' heads. Rhyton Exact Replica HC-1005 resembles the head of a lion. By drinking from these garments, they believed they would be able to absorb the power and strength of the animal.

Rhyton Exact Replica HC-1005 is made of resin and measures 20 cm in height. With dimensions of 9x17, this statue has a unique appearance. Decorative or functional, this statue can house small objects or even be used as a holder. And for those who are in love with sculptures and statues, this product makes a great gift as well.

Lion Rhyton Replica HC-1005 & Other Statues Made of Resin

Resin is great for casting statues because it does not dissolve in water. The quality of resin sculptures is quite impressive. Resin is a great material for large sculptures, too, due to its strength, durability, and lightweight properties. Because of this, The Persian Lion Rhyton Exact Replica HC-1005 can last a long time with only a little maintenance.

Furthermore, there are other advantages to resin as a material, including its flexibility, durability, and environmental friendliness. Additionally, it is UV resistant, which means it doesn't yellow or discolors from sun exposure or human interaction. However, UV rays will affect PVC. Due to these factors, the resin is an excellent material for statues.

Originally from the Achaemenid Persian Empire, Rhytons were shaped into animal-shaped vessels combining ancient Near Eastern and Iranian traditions. The ability to hold a rhyton skillfully was a mark of belonging to the elite who were invited to these banquets. This is where the Persian king displayed his wealth and power. This made Rhytons symbols of high status, and this, in turn, inspired imitations to be made of less expensive materials, such as brass, bronze, clay, Etc.

What do you think about this Persian handicraft? 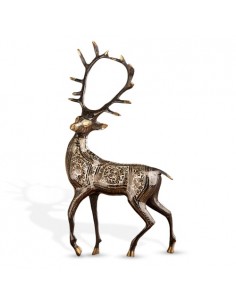 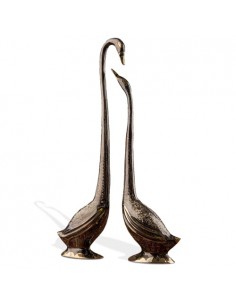 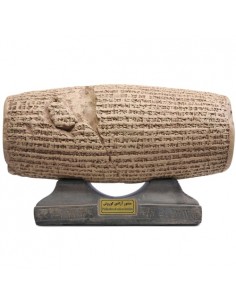