Iranian dishes make people who have never tried them fall in love at the first bite. The unique combination of spices and flavourings with a wide range of vegetables, herbs, fruit, grains, nuts, meat and most importantly, rice only needs the wand of Iranian cuisine to perform magic and leave an explosion of unforgettable tastes in the mouth. The delectable smell, delicious look and delightful taste make it almost impossible to resist them. 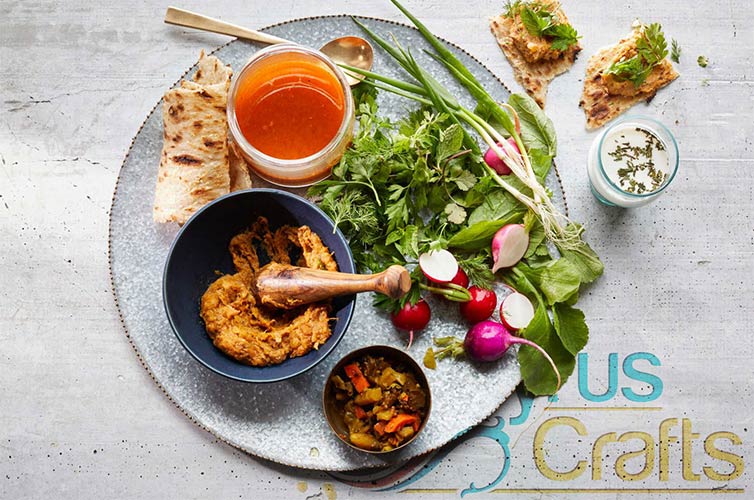 It dates back to hundreds of years ago when Iranians made this food called Dizi. The reason for such naming is that people traditionally cooked and served it in small stone dishes called Dizi. It's the name of the container. Iranian traditional places still use these stone dishes for this food.

Iranians also call this traditional Persian dish Abgoosht, which means "meat broth." This high-calorie food, a good protein source, is more common and preferred in winter. It would be made with lamb and chickpeas only before tomatoes and potatoes were introduced to Iranian cuisine, and the recipe was developed. With the introduction of the new world foods into Iranian cookery and adding new ingredients such as potatoes and tomatoes, this modest meat and chickpea soup became a more substantial and tastier meal. Preparing food in clay/stone cookware is one of the ancient cooking methods where the clay pot is placed over indirect heat or slow fire for several hours until all ingredients are fully cooked. The clay pot is mainly used as a serving dish rather than cookware in today's modern kitchens. This slow-cooked, simple and down-to-earth meal, also known as Abgousht/Abgoosht, satisfies the hunger, nourishes the body and leaves one feeling gratified.

Abgoosht is a new dish in the Persian kitchen that descends from the mighty Safavid kitchen. Cooking a fine cut of lamb with spices between four to six and even ten hours is a subtle oriental cooking technique. The key to a good abgoosht is not losing any water during cooking. Chefs use many methods to keep the moisture locked into the pot. There are around eighty well-known types of this food in Persia, and the ingredients vary from region to region. Ingredients vary, even seasonal, and it follows today's sustainable food eating habits guidelines. The meat can be substituted with the goat, veal, mutton, chicken, duck, etc.

Getting Ready to Eat Abgoosht (Dizi)

This existing dish has a unique custom and tricky habit that would make this recipe even more interesting to try. First of all, you must strain the solid parts of the dish into a bowl and mash them with a mortar until it turns into a soft texture. The name of this part is Goosht-Koubideh, eaten with warm oriental bread, herbs, and raw onion; the liquid portion is eaten with cracked and soaked bread like a soup. Abgosht was well developed after the Persian famines not to lose even one calorie of ingredients. So, when the "Goosht-Koubideh" is leftover, some cooks mix it with eggs and fry the dough in a shallow pan to preserve the food even longer. 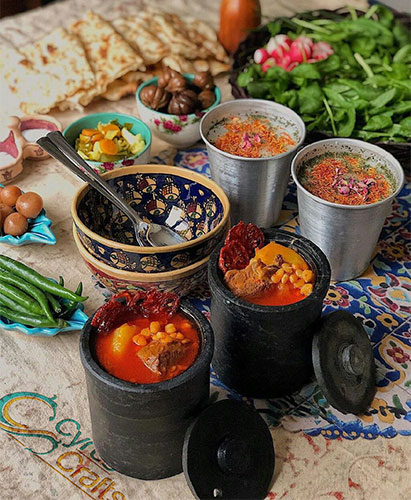 Some unique Persian side dishes make the taste unforgettable, side dishes like torshi (pickled vegetables), fresh herbs (primarily reddish and basil), strained yogurt with shallots, etc. A drink accompanies Dizi, a fermented savory yogurt-based beverage usually mixed with dried herbs like thyme or mint. And as the last course of the meal, it's tradition to have a cup of hot black tea served with rock candy or some other Persian sweets to make the pleasure of trying a rich and nutritious Persian meal.

Abgosht is one of the most famous Persian dishes among people, and it is enjoyed on busy days for lunch or after work. There are places around the bazaars in big cities that only serve Dizi; these establishments are called dizi-Sara (the house of Dizi). People get together at big social tables, on the floor, or even on beds in restaurants to enjoy this hearty meal.

In the past, four or even eight people shared a big pot of Dizi without knowing each other. That was a fun way to talk about politics, society, and work. Dizi is also served in Ghave-Khane (coffee house) as a lunch that ends with two or three cups of tea with a hookah for smoking as a dessert and listening to some ancient folklore narrations from the famous Shahnameh.

To make Abgosht, you need the following ingredients:

Making abgoosht is as simple as following these steps: 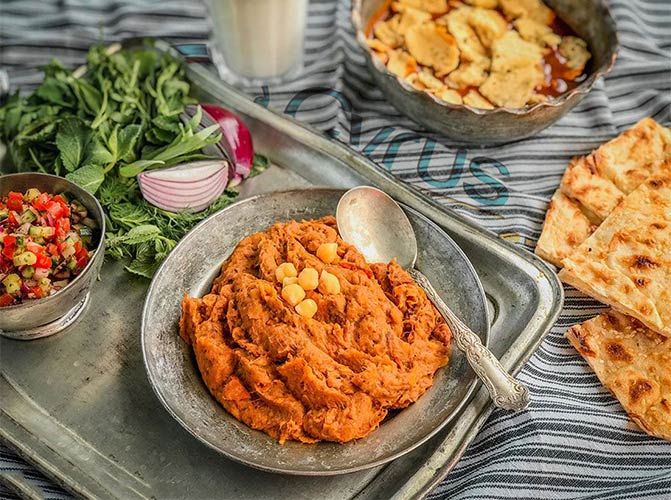 you should make small pieces of bread and add them to the water. Eat soaked bread with a spoon. About the mixed ingredients, you can eat them with bread. We wish you enjoy the taste of excellent Iranian food, Dizi!!