In 1669, the word "Persian blue" officially entered English reference books as a color name. Generally, this color is known and used in art as Persian blue and in medical and chemical sciences as Prussian blue. This article intends to introduce the Persian blue color, the color spectrum of this family of blue, and its applications in Iranian art.

The history of Iranian art and architecture, the old buildings, and antiquities discovered by archaeologists show that a particular range of blue has always been used in Iranian handicrafts and architecture, from antiquity to post-Islamic history. The number of antiquities found with this blue color was so much that it made the world call this color Persian or Iranian blue.

the color code of which is as follows:

As mentioned earlier, and it's evident in our handicraft products, Persian blue has various applications in Iranian art and architecture. In the following, we will introduce some of these applications:

If you have ever traveled to Iran, definitely visiting the historical monuments, the Iranian blue color has attracted the attention of your eyes.

According to historians, one of the most important reasons for the use of blue in the interior architecture of the building is that this color gives the viewer a sense of calm and liberation. Religious buildings are places that most people visit to express their minds and souls, so Iranian architects were aware from the beginning that they should use soothing colors in the painting of these buildings to achieve this goal. What color is better than Iranian blue? 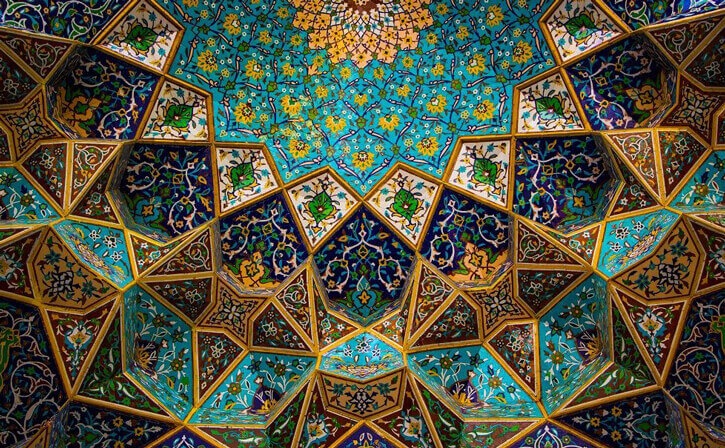 Iranian handicrafts include a very diverse and extensive collection that includes items such as enameling, pottery, engraving, turquoise, engraving, carpets and kilims, woodcarving, mosaics, and many more. Persian blue color has many applications in many of these industries. For example, consider the following: 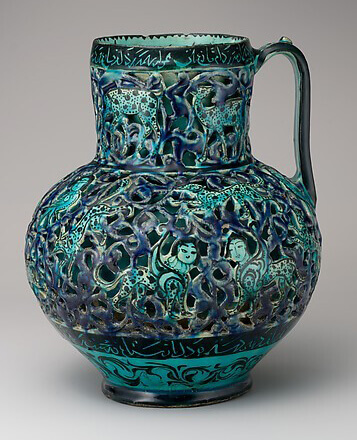 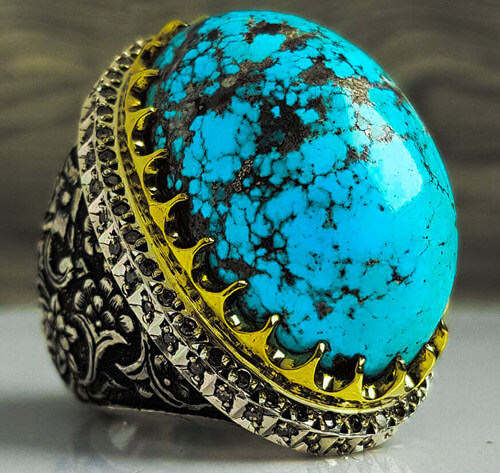 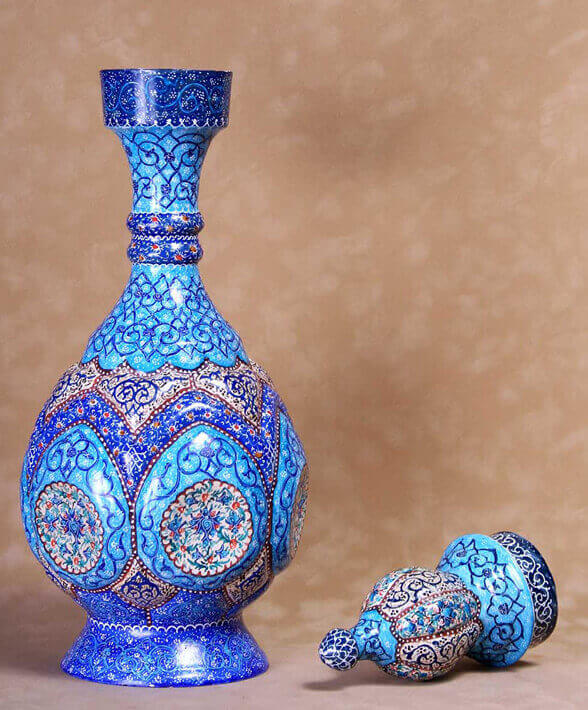 Miniature is a term that has entered the Persian language in recent centuries and refers to the style of Iranian painting, which has a much older background. Today, all Iranian paintings that do not show any trace of non-Iranian styles are called miniature paintings, and it should be said that the Iranian blue color was mixed with the Iranian miniature painting style from the beginning, and this color still has a special place in the works of miniature artists. 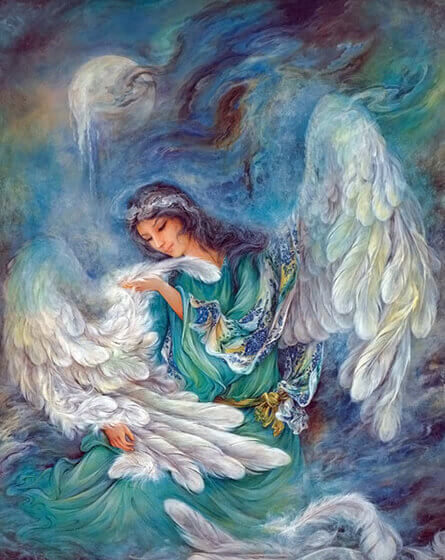 Iranian blue in Fashion and clothing

Iranians have long paid special attention to the beauty of their clothing and have used many arts in this field. For example, the art of termeh, which is used to print designs and patterns on fabric, or the art of needlework, in which the artist embroiders original designs on fabric with great delicacy, all include several examples in Iranian blue. In addition, blue is one of the most popular colors for the simplest fabrics.

As you can see, the Iranian blue color has long had a special place in the daily life of Iranians and that is why the world has given it the Iranian name.

In addition to Persian blue, 7 other colors are known as Iranian in world reference books, these colors are Persian green, Persian medium blue, Persian Indigo, Persian pink, Persian red, Persian Plume, and Persian orange. Meanwhile, the azure and indigo colors of Iran, which are somehow in the blue color spectrum, due to their similarity and proximity to the Iranian blue color, both are usually called Iranian blue.

What is your opinion? Share with us in comments.

What is your opinion about these colors with Iranian identity?